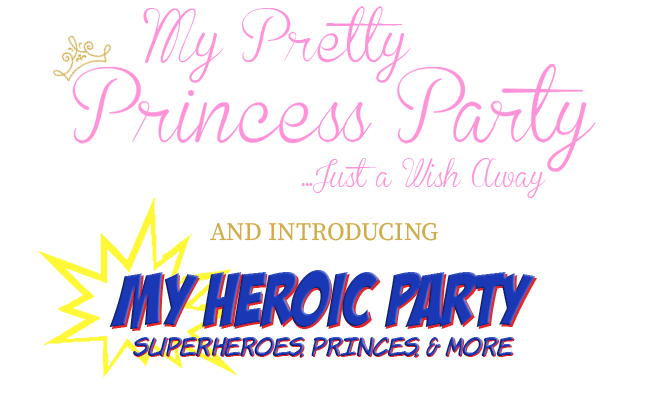 As founder of My Pretty Princess Party, I was determined to achieve one goal–bring dreams into reality. Ever since I was a little girl I dreamed about being a princess. When I go to little kids parties and I see their faces light up when they see me, or my other performers walk in, I feel so fulfilled. Being able to help children see their heroes in real life makes me feel like I am helping to fulfill little children’s dreams.

I personally design and make all of the costumes that my characters wear. I take pride and responsibility in providing the most authentic character experience for those I entertain. I learned the art of sewing while working in a theatre department’s costume shop. I gained a passion for character role playing while in high school but further developed my skills while working on my undergraduate degree in Humanities and Theatre.

I am so grateful for you in being interested in my company. I promise that you will not regret booking your party through My Pretty Princess Party. We are determined in creating the best experience for you and your party guests.

As a company we are dedicated to creating a magical experience at every party.

We accomplish this by remembering that we are Making Dreams Come True!

Elissa’s love for all things Disney began at a very young age when she and her brother would dress up like Jasmine and Aladdin and watch Disney movies on repeat. Always a performer, Elissa loved to sing and dance and continued her love for entertaining as she spent several summers teaching Performing Arts to children through Raleigh Parks and Recreation.

Never afraid to unleash her inner child, Elissa brings excitement and energy to everything she does, especially when she can share in the magic with children. 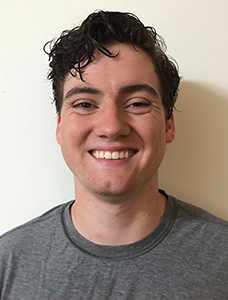 Aaron is a senior at Queens University of Charlotte, where he studies New Media Design and Theater. He’s been performing for as long as he can remember, and he always welcomes the chance to make a child smile.

No stranger to performing as a Disney Prince, Aaron knows just how important it is to put his whole heart into his characters, whether it’s Ice Man in front of 10 people or Romeo in front of hundreds. 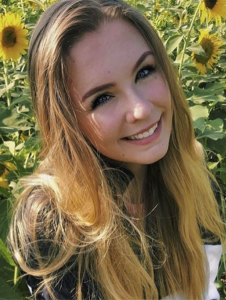 Ever since Abby was a kid she loved performing! When she was younger she looked up to Disney princesses because the world was their stage. They inspired her to pursue her love of theater, and she has been lucky enough to participate in many shows since she was a kid!
One of her favorite things in the world is bringing a smile to kids faces, and she’s so happy to be a part of My Pretty Princess Party so she’s able to achieve that. Abby is so excited to help bring a little magic to Charlotte! 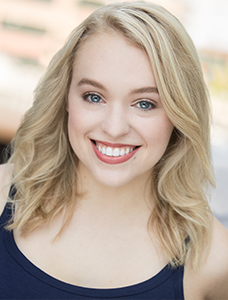 Ashlyn loves spreading magic and joy when children meet their favorite princess! She is currently studying Musical Theatre at Winthrop University and plans to move to NY with goals of Broadway. She is trained in singing, acting, and dancing and has performed in numerous productions as the leading lady, as well as taking intensives in NY. Another dream of hers is to work for Disney one day. She has been to Disney World 8 times and counting, always visiting the princesses. It is such a dream of hers to be a princess and warms her heart by brightening kids’ days!

Emily has a love for all things Disney and has always dreamed of being a princess. She has a love for children and for performing and is excited to be able to bring them together.

Emily is currently a student at Queens University of Charlotte and is studying journalism and digital media. She is excited to be able to bring the beloved princesses and magic to life. 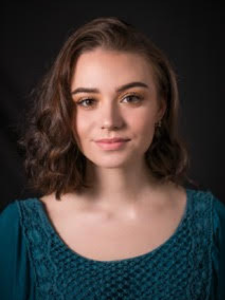 Emma is a student at CPCC getting her Associates In Fine Arts Theatre. She’s been doing Theatre since her freshmen year of high school and has been singing since she was 6. She loves Disney and online shopping. In her free time, she enjoys being with her friends and going for long drives with her windows down. Emma also enjoys spending time with her labordoodle. 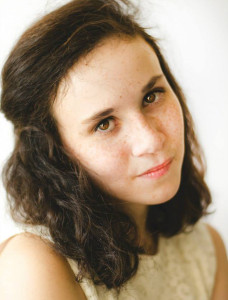 Erin has had a passion for performing for as long as she can remember.  As a little girl, she would act out Disney’s Sleeping Beauty and the Swan Princess.  Since then, and overtime Erin has participated in numerous community theatre productions, and studied singing, dancing, and acting.  She is currently pursuing a BA at UNCC with a focus in performance.

Erin is thrilled to work with My Pretty Princess Party and bring beloved princesses to life. 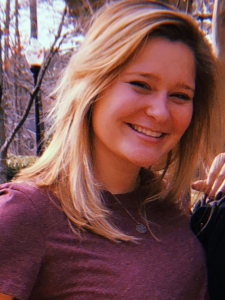 Gillian is currently a student at Queens University of Charlotte studying Early Childhood Education, and Theatre. She has been a swim coach for young children for the past four years and loves working with children. Her passion for Disney has grown and grown and supremely enjoys playing the characters and dispensing Disney knowledge. Performing at parties is her favorite part of the week! 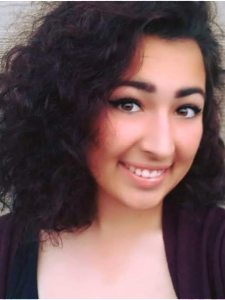 Grace has been invested in the performing arts for 8 years now and is so excited to join our team. When she isn’t performing, she is a receptionist at a vet clinic and teaches piano.
Currently, she is a student at South Piedmont Community College pursuing her Associates in the Arts and then pursuing a music education degree at UNCG. 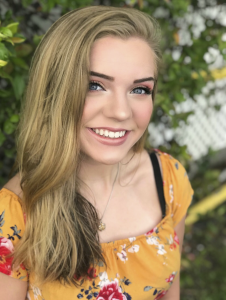 Hailey is a rising sophomore at CPCC, majoring in Fine Arts Theater. She was immersed into the world of Disney before she was even able to walk, and has been absolutely in love with it ever since. The magic and the stories have inspired her to pursue herdreams of becoming a performer, and she was even able to participate in the Disney College Program! Her favorite thing about getting to work for My Pretty Princess Party is that she gets to make people happy for a living, as it is a firm belief of hers that there is nothing more rewarding than making others happy. 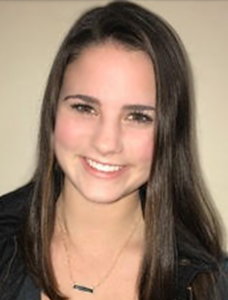 Kathryn has always loved Disney and princesses! She remembers singing songs over and over in the mirror until she knew them by heart. She would also put on skits for all of her family and friends acting out her favorite scenes from Disney movies. Kathryn is currently a nursing major atQueens University of Charlotte, and is so excited to work as a princess where she can fulfill her childhood dreams! 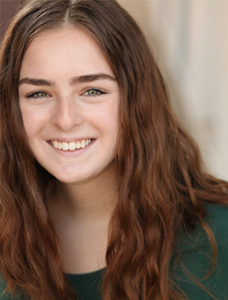 Leigh Ann has a love for singing, acting, dancing, and especially Disney! When she was little, she would act out the Disney princess movies with her two little sisters. She also loves to be around kids because of the excitement and joy they bring into her life.

Leigh Ann is currently a senior at Ardrey Kell High School and plans to attend a college with a strong BFA program to continue her love for performing. 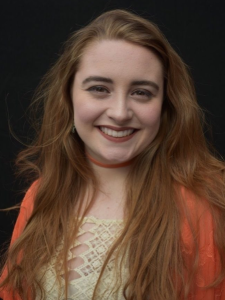 Madison has been a Disney nerd her whole life, and being a princess is a dream come true! She has performed with many local theatre companies and enjoys performing in any capacity. She is a student at UNC Charlotte studying business and theatre. 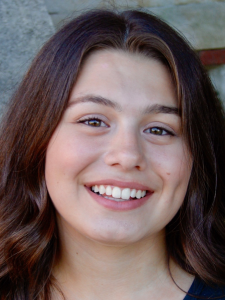 Maggie- Character Performer & Party Helper
Maggie is a rising senior Musical Theatre major at Winthrop University. She is also pursuing a minor in education and hopes to be an educator one day. However, her plan after college is to move to Chicago and pursue her theatre career. Maggie loves bringing smiles to the faces of children. 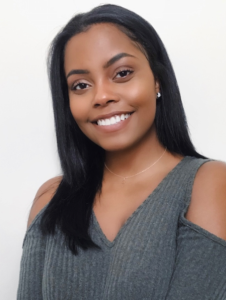 Nitalia has always loved Disney from the moment she first watched Cinderella at such a young age. Her love for being a princess grew years ago when she volunteered to play Tiana for multiple charity evens such as Make A Wish Foundation. Her passion for kids has grown over the years and nothing brings her more joy than making kids’ dreams come true! 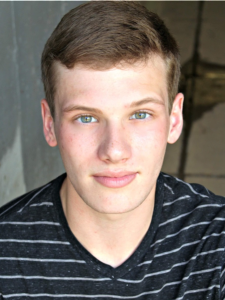 Spencer is a Freshman at UNC Chapel Hill studying Theater Performance and Music, and has enjoyed performing for many years, doing a variety of work on stage and screen. As he has always been enthralled by them, Spencer understands the love that children have for Princes and Superheroes and loves bringing that joy into their lives. Spencer hopes to bring some of that joy to every party he can! 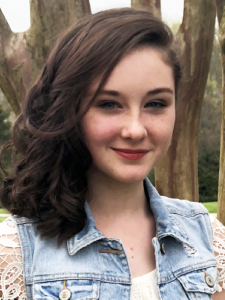 Sophie has always had a love for Disney, dreaming of becoming a princess or flying away to far off lands like Neverland. Alas, Peter Pan and Tink never quite made it to her window. As she grew older, she never lost her love of all things magical. Little did she know that she would one day find her far away land, in performing. Immersing herself in the musical theatre world, Sophie discovered her Neverland. She is beyond ecstatic to be able to be a princess and help bring magic to children! 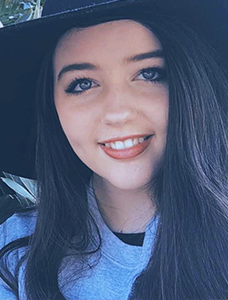 Taylor’s earliest memories are dressing up as a Disney princess! She has personally mingled and visited the Disney royalty in the parks on several occasions. Additionally, she has relevant and recent experience with kids and a heart for serving, whether it is making children’s dreams of meeting their favorite princess come true or serving in her church’s youth organization. 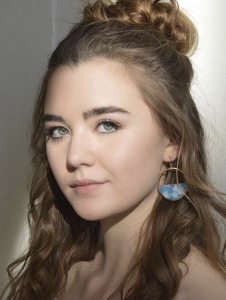 Tess’s love for Disney began when she was very young. Starting acting at age 4, she performed in almost every Disney story at the Orlando REP. She enjoys sharing these stories and the beautiful messages within. After moving to North Carolina, Tess continued to pursue her dream of performing with voice lessons, harp lessons and continuing to act in community theatre. Tess can’t wait to bring magic and joy to your event with My Pretty Princess Parties! 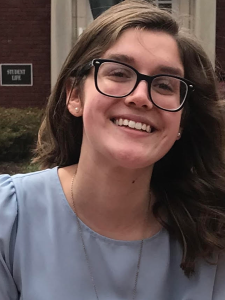 Amanda is a student at Queens University of Charlotte. She is majoring in History and minoring in Art Leadership and Administration with the hopes of being a museum curator when she’s older. Amanda grew up watching Disney princess movies and her mother read her their books every night. She is very excited to work with the performers making children’s dreams come true. 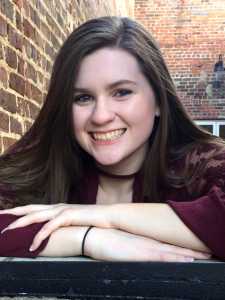 Kadie attends Queen’s University and is majoring in Elementary Education and minoring in Psychology. Her favorite hobbies are painting and running. When she was a kid, she loved watching all of the Disney Princess movies (and still does). Working at My Pretty Princess Party is a dream brought to life!

Rachel is an intended Nursing Major at East Carolina University. Ever since she was a little girl, she had dreams of being a Disney Princess. She loves how Disney can make you feel like you’ve transported into a whole new world. She remembers going to Disney World and meeting some of her favorite Disney characters and being awestruck as she looked up at them. Now she wants to give that experience to other little girls and boys who look up to these amazing characters. She worked at an amusement park for awhile as a character performer, and remembers the feeling of children smiling with joy. There is no other feeling like it!